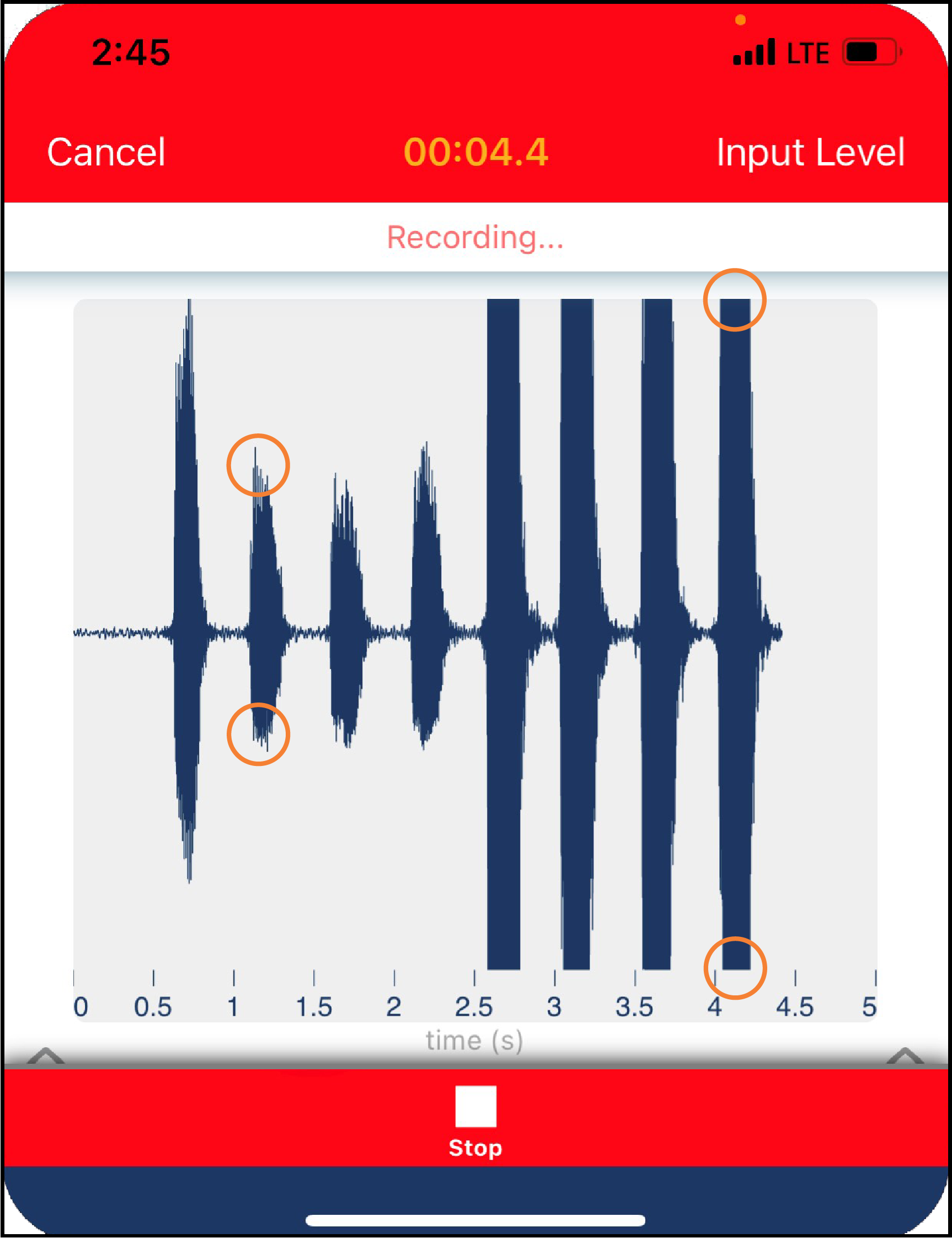 When the Thinklabs One's output volume is higher than what the receiving device can handle, it causes a type of digital distortion called "clipping." Mild to moderate clipping sounds like intermittent, scratchy clicks in the receiving device, while extreme clipping gives off persistent scratchy or fuzzy clicks that completely mask the stethoscope sounds.

Clipping can also appear in the Waveform panel (from Thinklabs Wave) to the left. In this example, the four long bands to the right side of the Waveform panel are squared at the ends (see areas circled in orange), indicating that the sound is clipped. Conversely, the shorter bands to the left side of the panel (also circled) are rounded at the ends, indicating that clipping has not occurred in that part of the recording.

To eliminate clipping, adjust your input volume or input level until the sound wave does not appear clipped in waveform. Refer to the following images for examples.