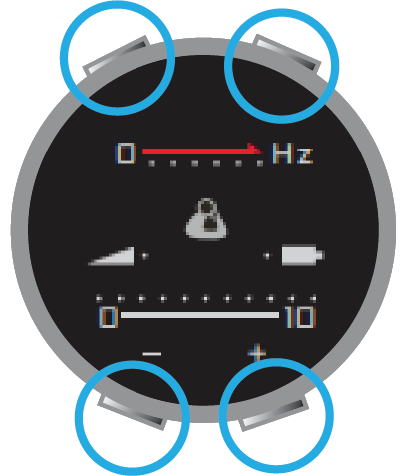 Easily turn on the Thinklabs One stethoscope by pressing and holding any of the four control buttons for two seconds to power on the device, as shown in the image to the left. When the LEDs come on, release the button, and the One should be immediately ready to use.

If the One does not power on, charge your device for at least four hours and then try again. The device will remain on until you manually shut it off or the auto-shutoff time has expired.