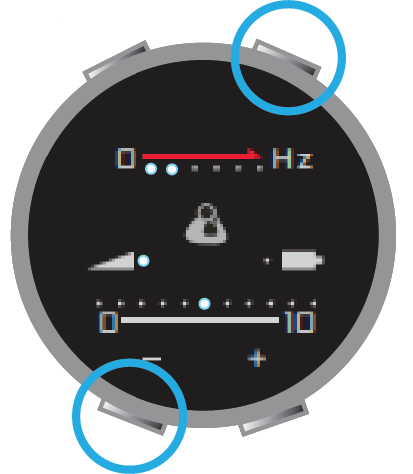 Thinklabs One will remain on until you manually shut it off or the auto-shutoff time has expired. To manually shut off the device, hold both the Alt button and the Minus button (shown in the image to the left) until the LEDs shut off and then release the buttons.

As the device is shutting down, the Battery/Volume scale at the bottom of the display will flash from left to right, indicating the current battery level, prior to powering off.